What the world needs now is Anthroposophy, the path of Michael 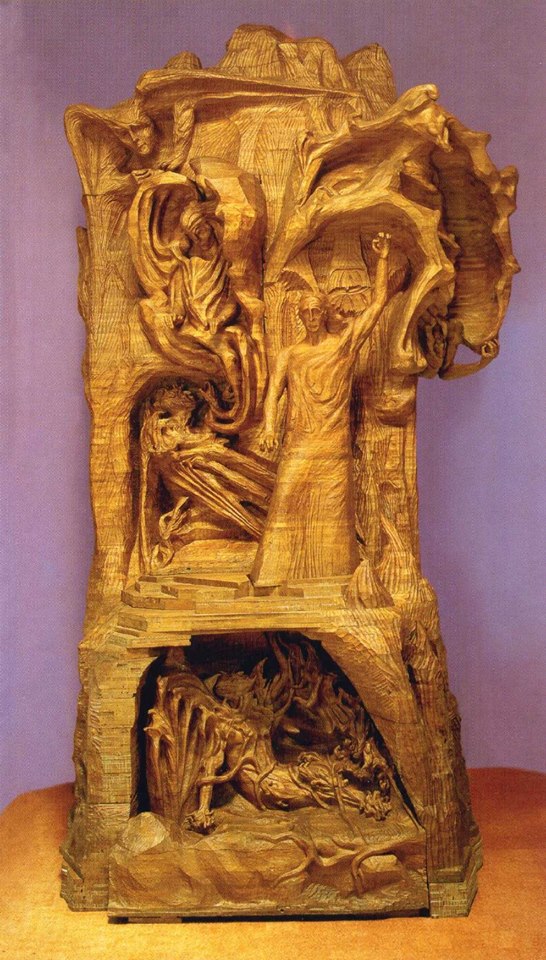 The conclusion to lecture 3 of
The Mission of the Archangel Michael
Rudolf Steiner, Dornach, Switzerland, November 23, 1919:

We have thus indicated two things toward which we must strive. First, to recognize the super-sensible in the immediate sense world, that is, in the world of man, animal, and plant: this is the Michael path. And its continuation is to find in the world which we ourselves recognize as super-sensible, the Christ impulse.
In describing this to you, I am describing to you at the same time the deepest impulses of the social question. For the abstract League of Nations will not solve the international problem. Such abstractions do not bring the people together all over the earth. But the spirits who lead the human beings into the super-sensible, and of whom we have spoken during these days, will bring people together.
Externally, mankind approaches today serious battles. In regard to these serious battles which are only at their beginning — I have often mentioned it here — and which will lead the old impulses of Earth evolution ad absurdum, there are no political, economic, or spiritual remedies to be taken from the pharmacy of past historical evolution. For from these past times come the elements of fermentation which first, have brought Europe to the brink of the abyss, which will array Asia and America against each other, and which are preparing a battle over the whole Earth. This leading ad absurdum of human evolution can be counteracted alone by that which leads men on the path toward the spiritual: the Michael path, which finds its continuation in the Christ Path.

Source: https://martyrion.blogspot.com/2020/04/the-way-forward-path-of-michael-which.html
Posted by Larry Clark at 6:22 AM