Among the rain
and lights
I saw the figure 5
in gold
on a red
firetruck
moving
tense
unheeded
to gong clangs
siren howls
and wheels rumbling
through the dark city.

The Twelve Human Senses and the Seven Life-Sustaining Processes

The situation of these powers of perception is different from the situation of forces that could be said to reside more deeply embedded within us. Seeing is bound up with the eyes and these constitute a particular region of a human being. Hearing is bound up with the organs of hearing, at least principally so, but it needs more besides — hearing involves much more of the organism than just the ear, which is what is normally thought of as the region of hearing. And life flows equally through each of these regions of the senses. The eye is alive, the ear is alive, that which is the foundation of all the senses is alive; the basis of touch is alive — all of it is alive. Life resides in all the senses; it flows through all the regions of the senses.
If we look more closely at this life, it also proves to be differentiated. There is not just one life process. And you must also distinguish what we have been calling the sense of life, through which we perceive our own vital state, from the subject of our present discussion. What I am talking about now is the very life that flows through us. That life also differentiates itself within us. It does so in the following manner.

"Spring and All" by William Carlos Williams

By the road to the contagious hospital
under the surge of the blue
mottled clouds driven from the
northeast—a cold wind. Beyond, the
waste of broad, muddy fields
brown with dried weeds, standing and fallen

patches of standing water
the scattering of tall trees

All along the road the reddish
purplish, forked, upstanding, twiggy
stuff of bushes and small trees
with dead, brown leaves under them
leafless vines—

They enter the new world naked,
cold, uncertain of all
save that they enter. All about them
the cold, familiar wind—

Now the grass, tomorrow
the stiff curl of wildcarrot leaf

One by one objects are defined—
It quickens: clarity, outline of leaf

But now the stark dignity of
entrance—Still, the profound change
has come upon them: rooted they
grip down and begin to awaken

Today is the 90th anniversary of Rudolf Steiner's mahasamadhi 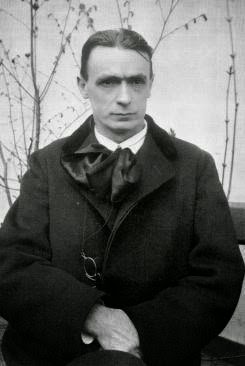 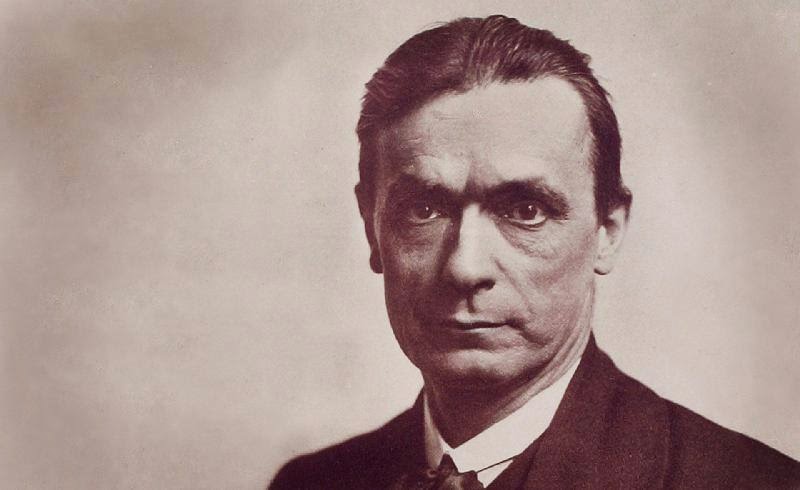 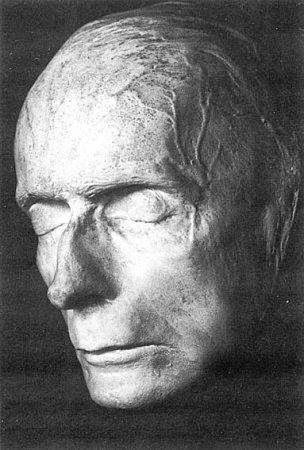 Posted by Larry Clark at 7:05 AM No comments:


The name of him whom Providence has chosen
That wondrous things on Earth he should achieve,
Whom I may often praise, though ne'er sufficing,
Whose destiny we scarcely can believe,
His name — it is Humanus, Saint and wise one,
The best of men whom I did e'er perceive:
By origin another name he bears,
Which with illustrious ancestors he shares.

Posted by Larry Clark at 6:40 AM No comments:

The Anthroposophical Way: Knowledge in the Service of Christ

When one is speaking of the being of man and of mankind's relation to the cosmos, some of what has to be said may seem complicated. When it comes to the human being — you may well say — is there anything that is not included! We are confronted, however, with the fact that a human being is formed in an intricate way from the entire cosmos, and we have to come to terms with it. It is especially important that people of our time begin to come to terms with these things, as otherwise it will be too late. Today men are living in an incarnation in which it is just possible to get by without knowing much about the complicated nature of the human being; but the time is coming — a time when these souls will again incarnate — when this will not be possible. Then souls will finally have to begin to know how humanity is related to the cosmos. You could say that we are still just within a period when the responsibility for holding together the different members of which a human being is composed has not yet been turned over to mankind itself. We are still living in an epoch when these various members hold together without our having to do anything, when the easy-going fellow can come to us and say ‘Really! This so-called anthroposophical wisdom is so complicated! But truth is simple, and anything that is not simple cannot really be true!’ Today, this speech is frequently heard. Those who are misled by Lucifer into speaking in such a fashion do not have the faintest inkling of how they befog their heads with this talk about the so-called simplicity of truth. They are unaware of how they are deceiving themselves. For the time will come when people will experience how complicated they are, a time when people will require knowledge in order to hold themselves together. But everything in the future has to be prepared, and the stream that carries a spiritual-scientific worldview has the task of preparing the development of earthly culture for the age when a person will have to know how to hold together the various parts of his being.

Alan Watts, trying hard to be the coolest guy you know

A prayer for awakening from sleep

O Ye!, from spheres of light stream through this head,
Move there in ways which spirits pure are led,
Damp well down his brain's insane confusion;
From his striving untangle all doubt's fire and fear,
To guide him within from pathways of illusion.

In daily experience four goals are clear;
Now lead him on untouched by apprehension.

First strive for countenance that fills with light,
Then spirit's quest for power hold fast.
Once lame-winged senses move again in flight,
His day in freedom can unfold.
Thus truest spirit duty it fulfills:
Through holy light to lead him where he wills.

O Ye!, surround this head with airy circling,
Your paths in noble elfin fashion tracing,
And soften in the heart its harvest grim,
Remove reproach's bitter, glowing arrows,
Within him make all pure from horror's gleam.

Four in number are the nightly hollows,
Now, friendly, fill them up without a seam.

First lower head down on the pillow cool,
Bathe it then in dews from Lethe's flood released,
Soon limbs, cramp-stiffened, will again grow supple,
In rest, against the day his strength's increased.
Fulfill most comely duty of the elf,
Return to holy light man's self.

O Ye!, stream through this head with strength to move,
And in good earthly deeds yourselves soon prove.
So boldly stamp out torment of absurdity,
Ennoble desire's power, wherein dark forces surge,
Abduct his soul away from spirit-fatality.

In human obsession, pathways four do merge,
Tear them away from embrace of infirmity.

Conquer the fires in which the senses groan,
Illumine that which dies in pleasure,
And hear how speak in ensouled tone
The powers that match eternal measure.
Attempt to strive in world-willed action,
Awaken him to life-benediction.

from The Riddle of Humanity. Lecture 5. Rudolf Steiner, Dornach, Switzerland, August 6, 1916
Source: http://martyrion.blogspot.com/2015/03/the-evolution-of-justice-truth-beauty.html
Posted by Larry Clark at 6:20 AM No comments: