The Holy Spirit : The Awakener 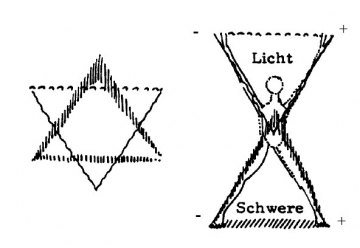 An excerpt from
"Deep Aristotle: Substance and Form — and the Holy Spirit"
a lecture by Rudolf Steiner, Dornach, Switzerland, January 12, 1924:


If men continue only to think so abstractly as has become the custom in the course of time, then this living in abstract thoughts remains something external; man as it were externalises himself. It is the exact opposite that occurs when, in this way, a consciousness of the bones from inside is attained.
But now there is something else that will help you to come to an understanding of the matter. Paradoxical as it may sound, it is yet true that such a book as my Philosophy of Spiritual Activity cannot be grasped by mere Logic, it must be understood by the whole human being. And in point of fact you will not understand what is said in that book concerning Thinking, unless you know that in reality man experiences Thought by means of the inner knowledge and feeling of his skeleton. A man does not really think with the brain, he thinks with his skeleton, when he thinks in sharply defined thoughts. And when thought becomes concrete, as is the case in the Philosophy of Spiritual Activity, then it passes over into the whole human being.
But now the pupils of this Master went further still; they learned to feel the inside, the inner nature, of the bones. Therewith they were able to experience a last example of what was practised in manifold ways in the ancient Mystery Schools, they learned to experience symbols by making their own organism into these symbols; for only so can symbols be really and truly experienced. Explanation and interpretation of symbols is really nonsense; so too is all theorising about symbols. The true attitude to symbols is to make them and actually experience them. It is the same as with fables and legends and fairy tales. — These should never be received merely abstractly, one must identify oneself with them. There is always something in man whereby he can enter into all the figures of the fairy tale, whereby he can make himself one with the fairy tale. And so it is with these true symbols of olden times, which come originally from spiritual knowledge; I have expressed it by writing these words in your own language.
In modern times there is little sense if Hebrew words are written, words that are no longer fully understood; for then the man who reads them is not inwardly quickened to life, he has not an inward experience of the symbol, rather he is cramped by it. It is as though his bones were broken. And that is what really happens — spiritually of course — when one studies seriously such writings as those of Eliphas Levi.
Thus, then, did these pupils learn to experience the inside of their bones. But, my dear friends, when you begin to experience the inside of the bones, you are really no longer in your body. If you hold something in your finger a few inches in front of your nose, the object you are holding is not in you; just as little is what you experience within your bones really in you. You go inwards, it is true, but nevertheless you go out of yourself. And this going out of oneself, this going to the Gods, this going into the spiritual world, is what the pupils of that lonely school learned to grasp and understand. For they learned to know the lines which from the side of the Gods were drawn into the world, the lines that were drawn by the Gods to establish and found the world. They found in one direction, namely through Man, the path to the Gods.
And then the teacher put into words what the pupil was experiencing. — He expressed it in a sentence that will naturally appear ludicrous and paradoxical to many people today but that holds nevertheless, as You will be able to recognise, a deep truth: —

that is, the Awakener of man in the Spirit, The Being who brings man into connection with the world of the Gods.
Now in the time of which we are speaking, not very much could be attained on this path; something however could be attained. Something of the teaching concerning the evolution of the Earth through different metamorphoses became clear to the pupils. Through being able to place themselves into the Spirit-being of Man, they learned to look back into Atlantean times and even farther. As a matter of fact very many things that were not in those times written down or printed but were related by word of mouth concerning the evolution of the Earth, had their origin in a knowledge and insight that came about in this way.