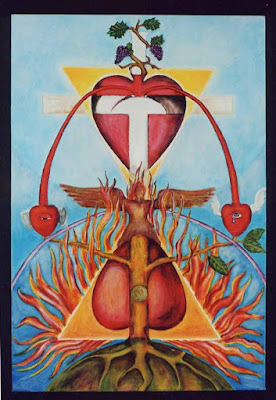 What I have to say today will be a kind of interlude. I should like to speak briefly about three concepts which, if they are fully understood, can bring about an understanding of outer social life. I say expressly outer social life because these three concepts originate from people's cooperation in outer affairs. I refer to the concepts commodity, labor, capital. I have already told you that modern political economy in all its shadings endeavors in vain to arrive at complete clarity about these concepts. That was not possible after men began to think consciously in a political-economic fashion. Prior to the middle of the fifteenth century there can be no question of people consciously comprehending their mutual social relationships. Life took its course more or less unconsciously, instinctively, in regard to the social forces playing between man and man. Since then, however, in the age when the consciousness-soul is being developed, people have had to think more and more consciously about social relationships. And so, every kind of idea and direction in the life of human society has arisen. This begins with the school of the Mercantilists, then the school of the Physiocrats, Adam Smith, the various Utopian streams, Proudhon, Fourrier, and so on, right up to modern social-democracy on one side and modern academic political economy on the other.

Figure 1.
If you take the above diagram and do not write the three concepts one below the other but in the way I have done here, then you can learn a lot from it if you permeate it with all the concepts to be found in my book about the threefold membering of the social organism. There are connections, back and forth, between labor and commodities; between commodities and capital, inasmuch as capital buys commodities; connections between labor and capital, and so on. Only, these three concepts must be arranged as shown.
Above everything, we must understand it is correct to say that in future the social order must become humanized. But it is necessary also to understand that the social order must be brought into being by men themselves; that they be willing to make up their minds to listen to the science of the initiates about imaginations, inspirations, and intuitions. This is a serious matter, for I am herewith stating nothing less than the fact that without the science of the spirit there will not take place in future any social transformation. That is the truth. It will never be possible to arouse in men the understanding necessary for matters like intuition, inspiration, imagination, if you abandon the schools to the State. For what does the State make out of schools?
Just think of something which has eminently to do with both the school and the State. I must confess I think it is something terrible, but people do not notice it. Think of civil rights, for example.* These rights are supposed to arise in the sense of those practices people today consider the proper thing. Parliaments decide about civil rights (I am speaking of democracy, not at all of monarchy). Civil rights are established through the representatives of everyone who has come of age. They are then incorporated in the body of law. Then the professor comes along and studies the law. Then he lectures on what he finds there as the declared civil rights. That is to say, the State at this point takes science in tow in the most decided way. The professor of civil rights may not lecture on anything but what is declared as rights in the State. Actually, the professor is not even needed, because one could record the State's laws for a phonograph and place this on the speaker's desk and let it run. This then is science.
I am citing an extreme case. You will scarcely assert that the majority decisions of parliaments today are inspired. The situation will have to be reversed. In spiritual life, in the universities, civil rights must come into existence as a science purely out of man's spiritual comprehension. The State can only attain its proper function if this is given to it by people. Some believe that the threefold membering of the social organism wants to turn the world upside down. Oh, no! The world is already upside down; the threefold order wishes to put it right-side up. This is what is important.
We have to find our way into such concepts or we move toward mechanizing the spirit, falling asleep and vegetizing the soul, and animalizing the body.
It is very important that we permeate ourselves with the conviction that we have to think thus radically if there is to be hope for the future. Above everything it is necessary for people to realize that they will have to build the social organism upon its three healthy members. They will only learn the significance of imagination in connection with commodities if economic life is developed in its pure form, and men are dependent upon conducting it out of brotherliness. The significance of inspiration for labor, producing joy and love for work, will only be realized if one person joins another as equals in parliaments, if real equality governs; that is, if every individual be permitted to contribute whatever of value lives in him. This will be different with each person. Then the life of rights will be governed by equality and will have to be inspired, not decided upon by the narrow-minded philistines as has been more and more the trend in ordinary democracy.
Capital can only be properly employed in the social organism if intuition will rise to freedom, and freedom will blossom from out the independently developing life of the spirit. Then there will stream out of spiritual life into labor what has to stream into it. I shall indicate the streams by arrows (Figure 2). When so organized these three spheres will permeate one another in the right way.

Figure 2.
One of the first objections I met with in Germany was that people said: “Now he even wants to `three-member' the social organism! But the social organism must be a unity!” Men are simply hypnotized by this idea of unity, because they have always considered the State as something uniform. They are accustomed to this concept. A man who speaks of this unity appears to me like a man who says, “Now he even wants to have a horse that stands on four legs; a horse must be a unity, it cannot be membered into four legs.” Nobody will demand such a thing, of course, nor do I wish to put the “horse” State, the social organism, on one leg but upon its healthy three legs. Just as the horse-unit does not lose its unity by standing on four legs, likewise the social organism does not lose its unity by placing it upon its healthy three members. On the contrary, it acquires its unity just by placing it upon its healthy three members. Men today are entirely unable to free themselves from their accustomed concepts. But it is most important that we do not merely believe that single external establishments have to be transformed, but that it is our ideas, our concepts, our feelings that have to be transformed. Indeed, we may say that we need different heads on our shoulders if we wish to approach the future in a beneficial way. This is what is necessary and what is so hard for men to get accustomed to, because our old heads are so dear to us, these old heads that are only accustomed to thinking what they have thought for ages. Today we have consciously to transform what lives in our souls.
Now do not think this is an easy task. Many people believe today that they have already transformed their thoughts; they do not notice that they have remained the same old ones, especially in the field of education. Here you can have strange experiences. We tell people of the concepts spiritual science produces in the field of education. You may talk today to very advanced teachers, directors, and superintendents of schools; they listen to you and say, “Well, I thought that a long time ago; indeed, I am of exactly the same opinion.” In reality, however, they hold the very opposite opinion to what you tell them. They express the opposite opinion with the same words. In this way people pass each other by today. Words have lost connection with spirituality. It has to be found again or we cannot progress.
Social tasks, therefore, lie much more in the sphere of the soul than we ordinarily realize.
* Translators' note: It must be emphasized that in Rudolf Steiner's social thinking these rights are only those which apply to everyone equally. It rules out the special connotations the expression has acquired in recent years, particularly in the United States of America.