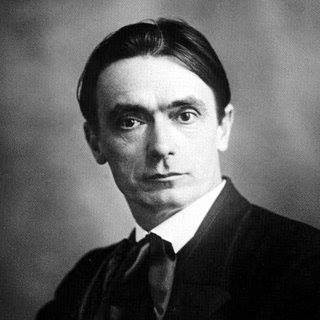 Dear Herr Mackay!
Four years ago, after the appearance of my Philosophy of Spiritual Activity, you expressed to me your agreement with my direction of ideas. I openly admit that this gave me deeply felt joy. For I have the conviction that we agree, with respect to our views, every bit as far as two natures fully independent of one another can agree. We have the same goals, even though we have worked our way through to our world of thought on quite different paths. You too feel this. A proof of this is the fact that you chose me to address the above letter to. I value being addressed by you as like-minded.
Hitherto I have always avoided using even the term “individualist anarchism” or “theoretical anarchism” for my world view. For I put very little stock in such designations. If one speaks one’s views clearly and positively in one’s writings: what is then the need of also designating these views with a convenient word? After all, everyone connects quite definite traditional notions with such a word, which reproduce only imprecisely what the particular personality has to say. I utter my thoughts; I characterize my goals. I myself have no need to name my way of thinking with a customary word.
If, however, I were to say, in the sense in which such things can be decided, whether the term “individualist anarchist” is applicable to me, I would have to answer with an unconditional “Yes.” And because I lay claim to this designation for myself, I too would like to say, just at this moment, with a few words, exactly what distinguishes “us,” the “individualist anarchists,” from the devotees of the so-called “propaganda of the deed.” I do know that for rational people I shall be saying nothing new. But I am not as optimistic as you, dear Herr Mackay, who simply say, “No government is so blind and foolish as to proceed against a person who participates in public life solely through his writings, and does so in the sense of a reshaping of conditions without bloodshed.” You have, take no offense at me for this my only objection, not considered with how little rationality the world is governed.
Thus I would indeed like to speak once distinctly. The “individualist anarchist” wants no person to be hindered by anything in being able to bring to unfolding the abilities and forces that lie in him. Individuals should assert themselves in a fully free battle of competition. The present state has no sense for this battle of competition. It hinders the individual at every step in the unfolding of his abilities. It hates the individual. It says: I can only use a person who behaves thus and thus. Whoever is different, I shall force him to become the way I want. Now the state believes people can only get along if one tells them: you must be like this. And if you are not like that, then you’ll just have to — be like that anyway. The individualist anarchist, on the other hand, holds that the best situation would result if one would give people free way. He has the trust that they would find their direction themselves. Naturally he does not believe that the day after tomorrow there would be no more pickpockets if one would abolish the state tomorrow. But he knows that one cannot by authority and force educate people to freeness. He knows this one thing: one clears the way for the most independent people by doing away with all force and authority.
But it is upon force and authority that the present states are founded. The individualist anarchist stands in enmity toward them, because they suppress liberty. He wants nothing but the free, unhindered unfolding of powers. He wants to eliminate force, which oppresses the free unfolding. He knows that at the final moment, when social democracy draws its consequences, the state will have its cannons work. The individualist anarchist knows that the representatives of authority will always reach for measures of force in the end. But he is of the conviction that everything of force suppresses liberty. That is why he battles against the state, which rests upon force — and that is why he battles just as energetically against the “propaganda of the deed,” which no less rests upon measures of force. When a state has a person beheaded or locked up — one can call it what one will — on account of his opinion, that appears abominable to the individualist anarchist. It naturally appears no less abominable to him when a Luccheni stabs a woman to death who happens to be the Empress of Austria. It belongs to the very first principles of individualist anarchism to battle against things of that kind. If he wanted to condone the like, then he would have to admit that he does not know why he is battling against the state. He battles against force, which suppresses liberty, and he battles against it just the same when the state does violence to an idealist of the idea of freedom, as when a stupid vain youngster treacherously murders the likeable romantic on the imperial throne of Austria.
To our opponents it cannot be said distinctly enough that the “individualist anarchists” energetically battle against the so-called “propaganda of the deed.” There is, apart from the measures of force used by states, perhaps nothing as disgusting to these anarchists as these Caserios and Lucchenis. But I am not as optimistic as you, dear Herr Mackay. For I cannot usually find that speck of rationality that is, after all, required for such crude distinctions as that between “individualist anarchism” and “propaganda of the deed,” where I would like to seek it.

In friendly inclination, yours