Heavenly and Earthly Forces in the Human Being; Maya and Human Freedom; The Seed of Our Future Life 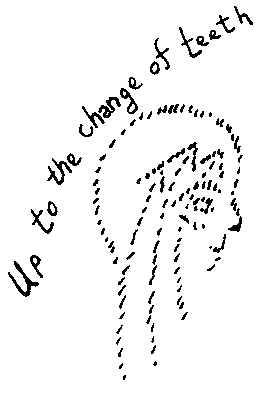 Then comes the period that leads to sexual maturity — roughly from the seventh to the fourteenth year. And now exactly the opposite happens: the forces of the head flow uninterruptedly down into the organism, into the body; now the body adapts to the head. The resultant total revolution in the organism is very interesting to watch: the welling-up of the forces of the body into the head during the first seven years concludes with the change of teeth. Then there is a reversal in the flow of forces, which begin to stream downward. It is these downward-streaming forces that turn a human being into a sexual being. Now, for the first time, the human being becomes a sexual being. To begin with, what turns the organs that are simply heavenly or earthly into sexual organs comes from the head; and that is spirit. The physical organs are not even intended for sexuality — that is exactly the way to put it — they are only adapted to sexuality later on. And the judgment of those who maintain that they are originally adapted to sexuality is superficial. On the contrary, the organs are adapted to the heavenly sphere in one case, to the earthly sphere in the other. They first acquire a sexual character during the period between the seventh and fourteenth years, when this is introduced into them from without by the forces that stream down from the head. That is when a human being begins to become a sexual being. 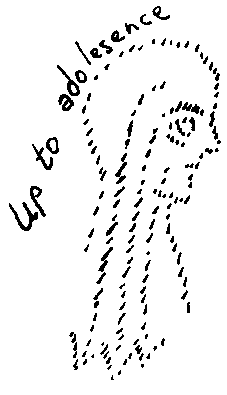