The Anthroposophical Way: Knowledge in the Service of Christ

The Riddle of Humanity. Lecture 6 of 15.
Rudolf Steiner, Dornach, Switzerland, August 7, 1916:
When one is speaking of the being of man and of mankind's relation to the cosmos, some of what has to be said may seem complicated. When it comes to the human being — you may well say — is there anything that is not included! We are confronted, however, with the fact that a human being is formed in an intricate way from the entire cosmos, and we have to come to terms with it. It is especially important that people of our time begin to come to terms with these things, as otherwise it will be too late. Today men are living in an incarnation in which it is just possible to get by without knowing much about the complicated nature of the human being; but the time is coming — a time when these souls will again incarnate — when this will not be possible. Then souls will finally have to begin to know how humanity is related to the cosmos. You could say that we are still just within a period when the responsibility for holding together the different members of which a human being is composed has not yet been turned over to mankind itself. We are still living in an epoch when these various members hold together without our having to do anything, when the easy-going fellow can come to us and say ‘Really! This so-called anthroposophical wisdom is so complicated! But truth is simple, and anything that is not simple cannot really be true!’ Today, this speech is frequently heard. Those who are misled by Lucifer into speaking in such a fashion do not have the faintest inkling of how they befog their heads with this talk about the so-called simplicity of truth. They are unaware of how they are deceiving themselves. For the time will come when people will experience how complicated they are, a time when people will require knowledge in order to hold themselves together. But everything in the future has to be prepared, and the stream that carries a spiritual-scientific worldview has the task of preparing the development of earthly culture for the age when a person will have to know how to hold together the various parts of his being. 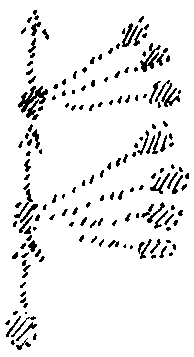