The karma of world history: the revenge of the spiritual beings that we have ignored for too long 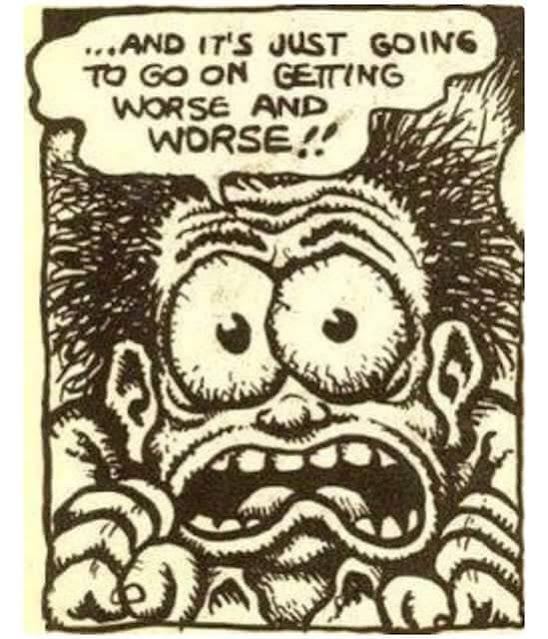 Rudolf Steiner:
the present age is more than any other age demanding the one thing people least want to have: understanding based on the science of the spirit. Strange as it may sound to the ordinary, average people of today — order will not be created from the chaos of the present time until a sufficiently large number of people are prepared to recognize the truths of that science. Such will be the karma of world history.
If people insist that this war is just like the wars of the past and that we'll be making peace just as peace has been made before — let them talk. They are the people who love maya and do not distinguish between truth and deception. Let them make what may seem like ‘peace’ — order will only arise from the chaos that fills the world today when insight based on the science of the spirit dawns in human minds. You may feel in your heart that it will be a long time before such order comes; you may think it will be a long time before people are prepared to let the dawn of such a science arise — and you will be right. You have to accept that it will be a long time before order arises from the chaos. For it will not come until human hearts understand the realm of the spirit. Order can only come when it is understood how this chaos has arisen.
Chaos has arisen because the reality is considered in an unspiritual way — and the world of the spirit cannot be ignored with impunity. You may think it is enough to live with thoughts and ideas that are wholly derived from the physical world. It is what people generally think today, though this does not make it true. The most completely and utterly wrong idea humanity has ever had is — to put it simply — that the spirits will put up with being ignored. You may consider it egotistical and selfish on their part, but the terminology is different in their world. Egotism or not, the spirits take their revenge if they are ignored here on Earth. This is a law, an iron necessity. One way to characterize the present time is to say that the present human chaos is the revenge of the spirits that have been ignored for too long.
I have often said, both here and elsewhere: A mysterious connection exists between human consciousness and the destructive powers of decline and fall in the universe.
Source: September 29, 1917
Posted by Larry Clark at 8:22 PM