Here's a link to an interview with Judith von Halle! 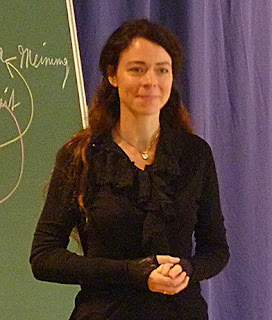 For many years ― until his death ― Prokofieff was the Anthroposophical Society's Grand Inquisitor. How shameful that this was ever allowed!
The attacks on Judith von Halle stem from Prokofieff's psychological problems.