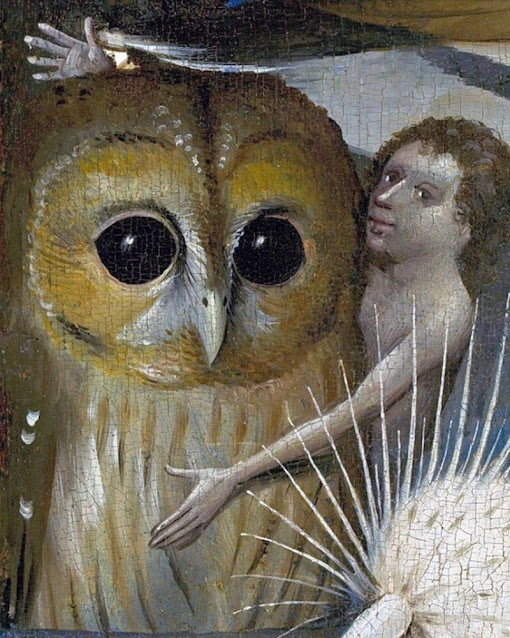 Rudolf Steiner:
The question naturally arises: What was the content and substance of the teachings which could be given by the Risen Christ to His chosen disciples? — He had appeared to them in the same manner in which the divine Teachers had appeared to primeval humanity. But now, if I may so express it, He was able to tell them out of divine wisdom what He had experienced and other divine Beings had not. From His own divine vantage-point He was able to explain to them the mystery of birth and death. He was able to convey to them the knowledge that in the future there would arise in the men of earth a day-consciousness, unable to have direct perception of the immortal element in human life, a consciousness that is extinguished in sleep, so that in sleep too the immortal element is invisible even to the eyes of the soul.
But He was also able to make them aware that it is possible for the Mystery of Golgotha to be drawn into the field of man's understanding. He was able to make clear to them what I will try to express in the following words. They can only be feeble, stammering words because human language has no others to offer, but I will try to express it in these halting words: —
“The human body,” He taught, “has gradually become so dense, the death-forces in it so powerful that, although man will now be able to develop his intellect and his own inner freedom, he can do this only in a life that definitely experiences death, a life into which death makes a marked incision, a life from which vision of the immortal soul is obliterated during waking consciousness. But,” — so Christ taught His initiated disciples, — “you can receive into your souls a certain wisdom. It is the wisdom which through the Mystery of Golgotha, my own being has made possible for you, something with which you your selves can be filled if only you can attain the insight that Christ came down from spheres beyond the earth to the men of earth; if only you can come to realise that here on the earth there is something which cannot be perceived by earthly means, but only by means higher than those of the earth; if you can behold the Mystery of Golgotha as a Divine Event set into earthly life; if you can apprehend that a god has passed through the Mystery of Golgotha. Through everything else that comes to fulfilment on earth you can acquire earthly wisdom, but in order to understand the significance of death to humanity it would avail you nothing. Earthly wisdom would suffice you only if you, like the men of earlier times, could feel no intense interest in death. But since you must needs be concerned with death, you must strengthen your perceptive faculty by drawing into it a force stronger than all earthly forces of perception, a force so strong that you can realise that in the Mystery of Golgotha there came to pass something to which all earthly laws of nature are inapplicable. If you can include in your beliefs only the laws of earthly nature, you will, it is true, be able to observe death, but you will never discover its significance for human life. But if you can attain the insight that the earth has now for the first time received its true meaning and purpose, that at this middle point of earth-evolution a Divine Event has taken place in the Mystery of Golgotha, an Event beyond the comprehension of earthly means of perception, then you are preparing a special power of wisdom.”

This power of wisdom is the same as the power of faith; it is a special power of Spirit-Wisdom, a power of faith born of wisdom. Strength of soul is expressed when a man says: “I believe! I know through faith what I can never know by earthly means. This is a stronger force in me than when I claim to have knowledge of what can be fathomed merely by earthly means.” A man is lacking, even were he to possess all the science known on earth, if his wisdom is able to embrace only what can be grasped by earthly means. To perceive the reality of the super-earthly within the earthly, a far greater inner activity must be unfolded. Contemplation of the Mystery of Golgotha gives a stimulus to unfold such inner activity.