The way of nationalism is a reversion to the Old Testament 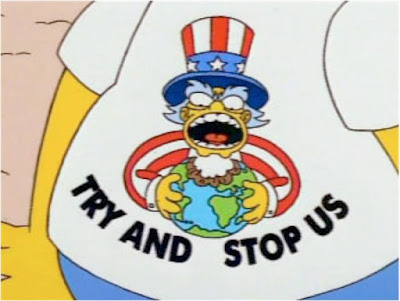 Before the Christ Impulse entered into Earth evolution through the Mystery of Golgotha, the people from whom Christ Jesus was born looked on themselves as the chosen people, and they believed that happiness would come to the world only if all other peoples were to die away, and their own stock to spread over the entire face of the Earth. In a certain sense that was a well-founded belief, for Jehovah, the God of this people, had chosen it as his people, and Jehovah was regarded as the one and only God. In the time before the Mystery of Golgotha this was a justified perception for the old Hebrew people, since out of this old Hebrew people Christ Jesus was to emerge. But with the enactment of the Mystery of Golgotha this way of thinking should have come to an end. After that, it was out of date: in place of the recognition of Jehovah should have come the recognition of Christ — the recognition which compels one to speak always of humanity, just as, for those who looked up to Jehovah, one people only was in question. Not to have understood that is the tragic fate of the Jewish people. Today, however, we are coming up against all sorts of reversions. What is it but a reversion when every nation — though it may suppose itself to be doing something quite different and may use other names — wants to worship a sort of Jehovah, a special national god of its own!
Certainly, the old religious formulae are no longer used, but the outcome of present-day mentality is that every nation wants to set up its own national god and so confine itself within a strictly national existence. And the inevitable result is that nation rages against nation! We are experiencing a reversion to the old Jehovah religion — with the difference that the Jehovah religion is breaking up into a multitude of Jehovah religions. Today we are really confronted with an atavistic reversion to the Old Testament. Humanity is bent on dividing itself up into separate sections all over the Earth — quite contrary to the spirit of Christ Jesus, who lived and stood for the whole of humanity. Humanity is trying to organize itself under the sign of national deities, Jehovah-fashion. Before the Mystery of Golgotha that was quite proper; now it is a reversion. This must be clearly understood: the way of nationalism is a reversion to the Old Testament.
This reversion is preparing heavy ordeals for mankind, and against it only one remedy will suffice: to draw near once more to the Christ by the path of the spirit.

Source: https://martyrion.blogspot.com/2019/06/how-can-we-find-our-way-again-to-christ.html
Posted by Larry Clark at 7:08 AM