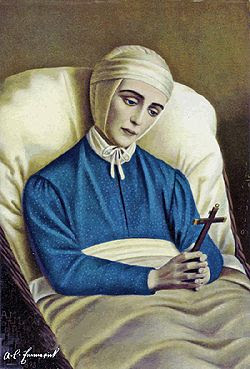 
The organism must necessarily incorporate what is outside in nature. All the harmless substances contained in the body have become so through the process indicated. However, as human beings are continuously exposed to substances that could become harmful, the possibility always exists that their effects go beyond the limit, and danger arises. This will depend upon whether the ether body is capable of absorbing the substance or not. If the organism is strong enough to absorb such a substance immediately, its tolerance greatly increases. We cannot avoid illness if we wish to be healthy. The possibility to gain sufficient strength to withstand harmful influences depends upon our capacity to become ill. Thus, health is conditioned by illness. The outcome, the gift bestowed upon us by illness, is greater strength. When the illness is overcome, the fruit of the experience is immunity to the illness, and this is retained even after death.
Whoever ponders these things will gain an understanding of illness and death. If we wish to have strength and health, we must accept into the bargain the preliminary condition of illness. To attain strength we must absorb weakness and transform it into strength. If this is grasped in a living way, illness and death become comprehensible. It is this comprehension spiritual science wishes to bring to humanity. Many will see it as something that speaks only to the intellect, but if the intellect has once fully grasped all that is implied, it will bring about an inner mood of deep accord. Comprehension of these things becomes wisdom of life.
You may well have heard it said that anthroposophical truths, derived as they are from spiritual knowledge, can be dangerous! We have plenty of opponents who maintain that anthroposophy is a poison and is harmful. Well, anthroposophists and esotericists themselves know that anthroposophy can be harmful because, in order to make human beings strong, it must be absorbed and digested. Anthroposophy is not something one can argue about; it acts as a spiritual power of healing, and its truths will be confirmed by life itself.
Spiritual science knows that the spirit creates the physical; therefore, when spiritual forces work upon the ether body, they have a health-giving effect also an the physical body. If our concepts and ideas about the world and life are sound, these healthy thoughts will act as a powerful force of healing. Anthroposophical truths can be harmful only to natures made weak by materialism and naturalism; when they can be absorbed and digested they make a person strong. Only when that happens can anthroposophy fulfill its task.
Goethe answered the question concerning life and death beautifully when he said: “Everything in nature is life; she only invented death to have more life.” One could add that, as well as death, nature also invented illness in order to produce strong health. Furthermore, she had to endow wisdom with apparently harmful effects to make it a powerful force of healing.
The anthroposophical world movement differs from other movements that may provide logical proofs to be argued and debated. Anthroposophy does not wish to be something that can be proved simply through logical arguments. It wishes to provide both spiritual and bodily health. Living proof of its truth will be increasingly discovered the more it is seen to enhance life, transforming discontentment into contentment. Spiritual science is like the so-called poison which, when transformed, fructifies life and becomes a source of healing.