War: What is it good for?

“War is waged by men; not by beasts, or by gods. It is a peculiarly human activity. To call it a crime against mankind is to miss at least half its significance; it is also the punishment of a crime.” --Frederic Manning

That month away from the line helped me survive for four weeks more but it broke the rhythm and, never badly scared before, when I returned to the line early in March I found for the first time that I was terrified, unwilling to take the chances that before had seemed rather sporting. My month of safety had renewed my interest in survival, and I was psychologically and morally ill prepared to lead my platoon in the great Seventh Army attack of March 15, 1945. But lead it I did, or rather push it, staying as far in the rear as was barely decent. And before the day was over I had been severely rebuked by a sharp-eyed lieutenant-colonel who threatened court martial if I didn’t pull myself together. Before that day was over I was sprayed with the contents of a soldier’s torso when I was lying behind him and he knelt to fire at a machine gun holding us up: he was struck in the heart, and out of the holes in the back of his field jacket flew little clouds of tissue, blood, and powdered cloth. Near him another man raised himself to fire, but the machine gun caught him in the mouth, and as he fell he looked back at me with surprise, blood and teeth dribbling out onto the leaves. He was one to whom early on I had given the Silver Star for heroism, and he didn’t want to let me down.


As if in retribution for my cowardice, in the late afternoon, near Ingwiller, Alsace, clearing a woods full of Germans cleverly dug in, my platoon was raked by shells from an .88, and I was hit in the back and leg by shell fragments. They felt like red-hot knives going in, but I was as interested in the few quiet moans, like those of a hurt child drifting off to sleep, of my thirty-seven-year-old platoon sergeant—we’d been together since Camp Howze—killed instantly by the same shell. We were lying together, and his immediate neighbor on the other side, a lieutenant in charge of a section of heavy machine guns, was killed instantly too. My platoon was virtually wiped away. I was in disgrace, I was hurt, I was clearly expendable—while I lay there the supply sergeant removed my issue wristwatch to pass on to my replacement—and I was twenty years old.
I bore up all right while being removed from “the field” and passed back through the first-aid stations where I was known. I was deeply on morphine, and managed brave smiles as called for. But when I got to the evacuation hospital thirty miles behind the lines and was coming out of the anesthetic from my first operation, all my affectations of control collapsed, and I did what I’d wanted to do for months. I cried, noisily and publicly, and for hours. I was the scandal of the war.
Source: http://harpers.org/archive/1982/01/0024716

Getting drafted in 1969 forced me to wrestle with the problem of evil — specifically: How could something this bad happen to me?

"The weakest of all weak things is a virtue which has not been tested in the fire."  — Mark Twain

"When He hath tried me, I shall come forth as gold."  —Job


Hebrews 12
Wherefore seeing we also are compassed about with so great a cloud of witnesses, let us lay aside every weight, and the sin which doth so easily beset us, and let us run with patience the race that is set before us,
Looking unto Jesus the author and finisher of our faith; who for the joy that was set before him endured the cross, despising the shame, and is set down at the right hand of the throne of God.
For consider him that endured such contradiction of sinners against himself, lest ye be wearied and faint in your minds.
Ye have not yet resisted unto blood, striving against sin.
And ye have forgotten the exhortation which speaketh unto you as unto children, My son, despise not thou the chastening of the Lord, nor faint when thou art rebuked of him:
For whom the Lord loveth he chasteneth, and scourgeth every son whom he receiveth.
If ye endure chastening, God dealeth with you as with sons; for what son is he whom the father chasteneth not?
But if ye be without chastisement, whereof all are partakers, then are ye bastards, and not sons.
Furthermore we have had fathers of our flesh which corrected us, and we gave them reverence: shall we not much rather be in subjection unto the Father of spirits, and live?
For they verily for a few days chastened us after their own pleasure; but he for our profit, that we might be partakers of his holiness.
Now no chastening for the present seemeth to be joyous, but grievous: nevertheless afterward it yieldeth the peaceable fruit of righteousness unto them which are exercised thereby.
Wherefore lift up the hands which hang down, and the feeble knees;
And make straight paths for your feet, lest that which is lame be turned out of the way; but let it rather be healed.
Follow peace with all men, and holiness, without which no man shall see the Lord:
Looking diligently lest any man fail of the grace of God; lest any root of bitterness springing up trouble you, and thereby many be defiled;
Lest there be any fornicator, or profane person, as Esau, who for one morsel of meat sold his birthright.
For ye know how that afterward, when he would have inherited the blessing, he was rejected: for he found no place of repentance, though he sought it carefully with tears.
For ye are not come unto the mount that might be touched, and that burned with fire, nor unto blackness, and darkness, and tempest,
And the sound of a trumpet, and the voice of words; which voice they that heard intreated that the word should not be spoken to them any more:
(For they could not endure that which was commanded, And if so much as a beast touch the mountain, it shall be stoned, or thrust through with a dart:
And so terrible was the sight, that Moses said, I exceedingly fear and quake:)
But ye are come unto mount Sion, and unto the city of the living God, the heavenly Jerusalem, and to an innumerable company of angels,
To the general assembly and church of the firstborn, which are written in heaven, and to God the Judge of all, and to the spirits of just men made perfect,
And to Jesus the mediator of the new covenant, and to the blood of sprinkling, that speaketh better things than that of Abel.
See that ye refuse not him that speaketh. For if they escaped not who refused him that spake on earth, much more shall not we escape, if we turn away from him that speaketh from heaven:
Whose voice then shook the earth: but now he hath promised, saying, Yet once more I shake not the earth only, but also heaven.
And this word, Yet once more, signifieth the removing of those things that are shaken, as of things that are made, that those things which cannot be shaken may remain.
Wherefore we receiving a kingdom which cannot be moved, let us have grace, whereby we may serve God acceptably with reverence and godly fear:
For our God is a consuming fire. 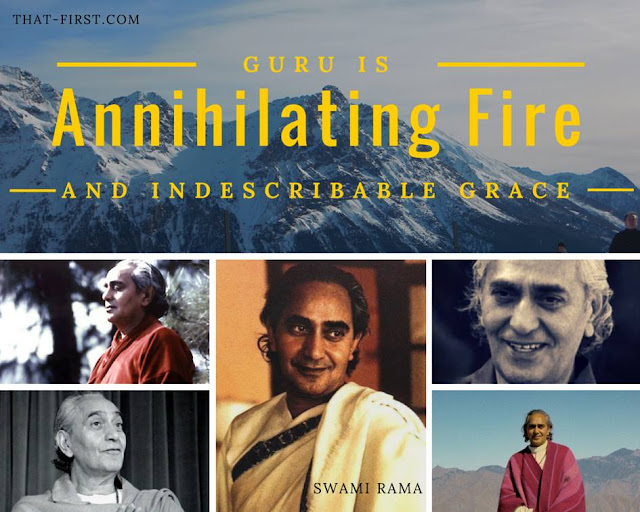 At the round earth's imagined corners, blow
Your trumpets, Angels, and arise, arise
From death, you numberless infinities
Of souls, and to your scattered bodies go,
All whom the flood did, and fire shall o'erthrow,
All whom war, dearth, age, agues, tyrannies,
Despair, law, chance, hath slain, and you whose eyes,
Shall behold God, and never taste death's woe.
But let them sleep, Lord, and me mourn a space,
For, if above all these, my sins abound,
'Tis late to ask abundance of thy grace,
When we are there; here on this lowly ground,
Teach me how to repent; for that's as good
As if thou hadst seal'd my pardon, with thy blood.
— John Donne