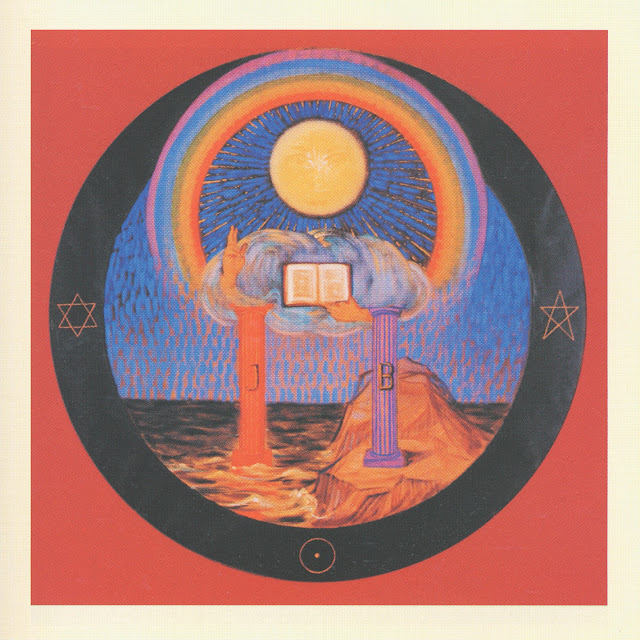 I am a shadow.
So too art thou!
I reckon with time;
And thou?

Just think, such profound words under a sundial, “I am a shadow. So too art thou!” A shadow cast by the sun. “I reckon with time. And thou?” Here, out of direct perception of a concrete reality, speaks the profound truth that human life is but a shadow of what works and weaves in the spiritual world. How vividly this comes to meet the weary wanderer, imprinting itself in his heart, when he steps before the sundial and sees the shadow! The sundial then points out to him: “A shadow so too art thou! I reckon with time. And thou?” Just imagine, these are profound and powerful questions for us, for our conscience: “Do you reckon with time? Are you finding your place in your time?” That is what I mean by saying balance must be sought.
It is important that people stop letting facts work side by side, each as important as the others and instead realize that there are important facts that can speak to us of great and eternal truths. Then what lives in the human soul and what is spread out in the universe can unite. We find ourselves truly united with the truth of the world only if we continuously come upon the truth in our interaction with the world, only if we don't insist on carrying a priori truths in us and don't walk by a sundial as we would by a plow or something like that. Instead, in looking at things, we must be instructed about the most noble and greatest striving that can light up in human souls.
This living together with outer reality, with all that is spread out throughout the universe, this feeling oneself at the right moment face to face with the eternal, is something quite different from learning out of books that this or that is an everlasting truth. No matter how often we abstractly impress upon ourselves that human life is a shadow of what happens to us in eternity, no matter how many beautiful ethical truths about the use of time we impress upon our memory, none of them will ever reach as deep as the finding of a right relationship between ourselves and outer reality. Then we will see a significance in the individual concrete fact, and only then will we find the balance in life we can never find by losing ourselves in the external world or by merely immersing ourselves deeply into our inner being. Mysticism is one-sided and luciferic; natural science is onesided and ahrimanic. But mysticism developed through observation of external nature or observation of nature deepened to mysticism, that is balance!
Let us take another example. Suppose someone were hiking one morning in a beautiful area in the Alps, noticing the song of the birds, the beauty of the woods, perhaps even the marvelous virginal purity of the water as it babbles its way downhill in brooks, and so on. Imagine the hiker wandered for an hour, maybe, or an hour and a half, and then came upon a simple wooden crucifix. The hiker may be inwardly glad, having all the forces of gladness in his soul shaken awake because he or she has seen beautiful, great, noble, and sublime views. But the hiker is also weary and approaches this place where a simple wooden crucifix stands in the midst of beautiful and wonderfully sublime nature. On the crucifix there are the following words:

Stay your steps, wanderer,
Look on my wounds.
Wounds abide,
Hours glide.
Take heed, and guard thy way,
Beware what on the judgment day
O'er thee as verdict I shall say.

The experience we can have on reading these words can be greater and can touch our hearts more profoundly than what we may experience on seeing the figure of Christ in Michelangelo's famous painting in the Sistine Chapel. The author of the words I have just spoken is unknown. Yet, all those who understand anything about poetry know that the person who wrote the words: “Wounds abide, hours glide,” is one of the greatest poets of all time. But first one has to have a feeling for this and know that true poetry is the poetry that pours out of the human soul in the right place. Not all words that rhyme, not all that passes for poetry is true poetry. But it is true poetry when out of Christianity's eternal truths there pours forth:

Stay your steps, wanderer,
Look on my wounds.
Wounds abide,
Hours glide.
Take heed, and guard thy way,
Beware what in the judgment day
O'er thee as verdict I shall say.

These are simple words, sublime words — grandest poetry! To be made aware of the greatest event in the evolution of the earth while surrounded by sublime nature and its graceful beauty means to experience with the soul the reality in the universe. This is only an example and a more profoundly touching one than the previous one of the sundial. The important thing is to develop in life so that when we meet with such things, we do not pass by reality but experience the human soul growing together with reality and maintain the balance even in our relation to what was not made by human beings, but was given by the eternal powers. We can perceive the spiritual world only when our striving is neither only one-sided mysticism, nor only one-sided observation of nature, but instead is directed toward the union of both.
I have to say this because it is part of what present-day humanity has the least real feeling for and what it can least experience. That is why spiritual science is so difficult for people to understand nowadays. What it offers is obliterated as much by a one-sided search for an all-purpose insight as by accepting the external world pretty much without seeking the symptomatic traits and the revelation of the spiritual in various events. That is what our contemporaries have the least understanding for. If they had it, there would be much less versifying and, if I may say so, much less defining. For definitions only lead people to overestimate words, and versifying leads them to misuse words. A poem such as the one under the simple crucifix — well, nobody knows who wrote it — surely originated in a time when a profound poetical sensibility lived in the hearts and souls of the people and true balance reigned in their souls.
Alas, people in our age have become inured to true poetry because there is much too much verse around, and poetry begets more poetry just as unhealthy living produces cancer. Encouraging everybody to write poems based on what already exists in poetry is the same on the cultural and spiritual level as stimulating the life process to produce cancerous growth. In this respect we have seen the most precious fruits of the art of versifying at the end of the nineteenth century. As you may know, one of the most biting critics in Berlin had to call himself Alfred Kerr, because his real name was Kempner, a name that could not be used at the end of the nineteenth century since it brought to mind Friederike Kempner. [Note 1] Yes, she, too, was a poet. We need only remember one of her pretty poems — I won't recite many such verses, but just this one:

America, thou land of dreams,
Thou world of wonder, broad and long!
Thy trees of coconut how fair,
Thy busy solitude how strong!

This is a very striking example, but many contemporary poems, though less striking are just like this one, and many concepts formed are just like Friederike Kempner's “busy solitude.” For people nowadays often have no feeling for how strongly the adjective contradicts the noun when they speak or write. These things simply must be realized,- there is no other way. After all, quite a few people nowadays speak as though they did not take language to be just gesture, which is all words really are. I have pointed out to you how clumsy a theory like Fritz Mauthner's is. [Note 2] He wants to reduce all philosophy and all world views to mere semantics and wrote three hefty volumes as well as a whole dictionary in two volumes, which lists alphabetically all philosophical terms but not a single philosophical concept. [Note 3] He completely disregards the fact that a word relates to its concept like a gesture. People always forget this in their world view. In everyday reality it cannot be forgotten; there we cannot easily confuse a table with the word “Table,” and we won't expect to learn about tables from the word “table.” But in philosophy and in matters of world view that is what happens all the time.
Well, Fritz Mauthner should just meet what we call in Austria a “Bohemian Privy Counselor” (“böhmischer Hofrat”). He would enter “Bohemian” in his dictionary and explain all sorts of things and then do the same with “Privy Counselor.” However, a “Bohemian Privy Counselor” is neither a Bohemian nor a Privy Counselor, in fact, he can be a Styrian office messenger. In Austria, we call all people “Bohemian Privy Counselor” who advance in their careers on shoes that make no more noise than slippers and who push aside their rivals without the latter noticing anything. In other words, they don't have to be Bohemians or Privy Counselors. Clearly, the meaning of this expression cannot be gotten from the words alone; they are merely a gesture.
That is what we have to realize: words are gestures. The larynx makes gestures, which become audible by means of the air, just as our hands or arms make gestures, which we cannot hear only because they are too slow. The larynx makes its gestures so quickly they become audible. The only difference lies in the quickness of the larynx. And just as it is wrong to describe somebody's gesture pointing to the table rather than describing the table, so it is wrong, in the cultural and spiritual realm, to use words to get to any truths about their concepts or the things they name.
Errors of this kind occur very frequently these days. People rely completely on words. When I was a young man — well, actually not yet a young man; I was only a boy and went to school in Wiener-Neustadt in lower Austria — I learned a little verse that has kept me from setting great store by definitions and explanations of words in general. This little verse was written on a building as the motto of the house, so to speak; it reads as follows:

I, Hans Carouser,
Prefer wine to water.
If I preferred water to wine,
Carouser would be no name of mine!