"Whenever you see evil you should look into your own soul and ask yourself, Why am I not yet able to recognize the good in this evil that confronts me?" — Rudolf Steiner

"In spiritual life, so long as you have grasped it properly, nothing can go wrong."
— Rudolf Steiner


“I see the path of progress for modern man in his occupation with his own self, with his inner being, as indicated by Rudolf Steiner.”  —T. S. Eliot 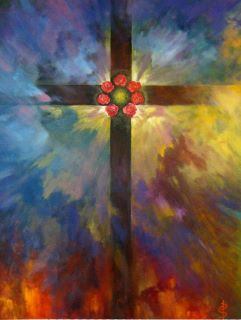 "I through the law am dead to the law, that I might live unto God. I am crucified with Christ: nevertheless I live; yet not I, but Christ liveth in me: and the life which I now live in the flesh I live by the faith of the Son of God, who loved me, and gave himself for me. I do not frustrate the grace of God: for if righteousness come by the law, then Christ is dead in vain." — Galatians 2:19-21


"Ma Swaha" is my name for the spiritual being of the Himalayan Institute.