The Three Steps of Anthroposophy 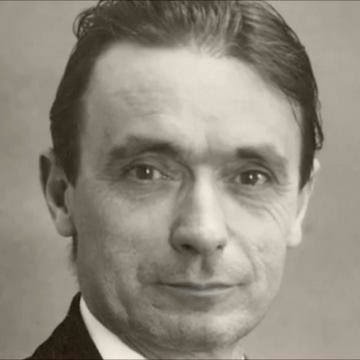 Philosophy, Cosmology, and Religion. Lecture 1 of 10.

It is a great pleasure to me to be able to give this series of lectures in the Goetheanum, which was founded to promote Spiritual Science. What is here called ‘Spiritual Science’ must not be confused with those things which, more than ever at the moment, appear as Occultism, Mysticism, etc. These schools of thought either refer to ancient spiritual traditions which are no longer properly understood, and which give in a dilettante manner all kinds of imagined knowledge of supersensible worlds, or they ape outwardly the scientific methods which we have today without realizing that methods of research which are ideal for the study of the natural world can never lead to supernatural worlds. And what makes its appearance as Mysticism is also either mere renewal of ancient psychic experiences or muddled, very often fantastic, and deceptive introspection.

As opposed to this, the attitude of the Goetheanum is one which, in the fullest sense, falls in with the present-day view of natural scientific research, and recognizes what is justified in it. On the other hand, it seeks to gain objective and accurate results on the subject of the supersensible world by means of the strictly controlled training of pure psychic vision. It counts only such results as are obtained through this vision of the soul, by which the psychic-spiritual organization is just as accurately defined as a mathematical problem. The point is that at first this organization is presented in scientifically indisputable vision. If we call it ‘the spiritual eye’, we then say: as the mathematician has his problems before him, so has the researcher into the spirit his ‘spiritual eye’. The scientific method is employed for him on that preparation which is in his ‘spiritual organs’. If his ‘science’ has its being in these organs, he can make use of them, and the supersensible world lies before him. The student of the world of the senses directs his science to outward things, to results; but the student of the spirit pursues science as a preparation of vision. And when vision begins, science must already have fulfilled its mission. If you like to call your vision ‘clairvoyance’ it is at any rate an ‘exact clairvoyance’. The science of the spirit begins where that of the senses ends. Above all, the research student of the spirit must have based his whole method of thought for the newer science on the one he applied to the world of the senses.
Thus it comes about that the sciences studied today merge into that realm which opens up Spiritual Science in the modern sense. It happens not only in the separate realms of natural science and history, but also e.g., in medicine; and in all provinces of practical life, in art, in morals, and in social life. It happens also in religious experiences.
In these lectures three of these provinces are to be dealt with, and it is to be shown how they merge into the modern spiritual view. The three are philosophy, cosmology, and religion.
At one time philosophy was the intermediary for all human knowledge. In its Logos man acquired knowledge of the distinct provinces of world-reality. The different sciences are born of its substance. But what has remained of philosophy itself? A number of more or less abstract ideas which have to justify their existence in face of the other sciences, whose justification is found in observation through the senses and in experiment. To what do the ideas of Philosophy refer? That has today become an important question. We find in these ideas no longer a direct reality, and so we try to find a theoretical basis for this reality.
And more: philosophy, in its very name, "love of wisdom," shows that it is not merely an affair of the intellect, but of the entire human soul. What one can "love" is such a thing, and there was a time when wisdom was considered something real, which is not the case with "ideas," which engage only reason and intellect. Philosophy, from being a matter for all mankind which once was felt in the warmth of the soul, has become dry, cold knowledge: and we no longer feel ourselves in the midst of reality when we occupy ourselves with philosophizing.
In mankind itself that has been lost which once made philosophy a real experience. Natural science (of the outer world) is conducted by means of the senses, and what reason thinks concerning the observations made by the senses is a putting-together of the content derived through the senses. This thought has no content of its own; and while man lives in such knowledge he knows himself only as a physical body. But philosophy was originally a soul-content which was not experienced by the physical body, but by a human organism which cannot be appreciated by the senses. This is the etheric body, forming the basis of the physical body, and this contains the supersensible powers which give shape and life to the physical body. Man can use the organization of this etheric body just as he can that of the physical. This etheric body draws ideas from the supersensible world, just as the physical body does, through the senses, from the sense world. The ancient philosophers developed their ideas through this etheric body, and as the spiritual life of man has lost this etheric body and its knowledge, philosophy has simultaneously lost its character of reality. We must first of all recover the knowledge of etheric man, and then philosophy will be able to regain its character of reality. This must mark the first of the steps to be taken by Anthroposophy.

Cosmology once upon a time showed man how he is a member of the universe. To this end it was necessary that not only his body but also his soul and spirit could be regarded as members of the cosmos; and this was the case because in the cosmos things of the soul and things of the spirit were visible. In later times, however, cosmology has become only a superstructure of natural science gained by mathematics, observation, and experiment. The results of research in these lines are put together to make a picture of cosmic development, and from this picture one can no doubt understand the human physical body. But the etheric body remains unintelligible, and in a still higher sense that part of man which has to do with the soul and the spirit. The etheric body can only be recognized as a member of the cosmos if the etheric essence of the cosmos is clearly perceived. But this etheric part of the cosmos can, after all, give man no more than an etheric organization, whereas in the soul is internal life; so we have to take into consideration also the internal life of the cosmos. This is just what the old cosmology did, and it was because of this view of it that the soul-essence of man which transcends the etheric was made a part of the cosmos. Modern spiritual life fails, however, to see the reality of the inner life of the soul. In modern experience, this contains no guarantee that it has an existence beyond birth and death. All one knows today of the soul life can have its origin in and with the physical body through the life of the embryo and the subsequent unfolding in childhood and can end with death. There was something in the older human wisdom for the soul of man of which modern knowledge is only a reflection; and this was looked upon as the astral being in man. It was not what the soul experiences in its activities of thinking, feeling, and volition, but rather something which is reflected in thinking, feeling, and volition. One cannot imagine thinking, feeling, and volition as having a part in the cosmos, for these live only in the physical nature of man. On the other hand the astral nature can be comprehended as a member of the cosmos, for this enters the physical nature at birth and leaves it at death. That element which, during life between birth and death, is concealed behind thought, feeling, and volition — namely the astral body — is the cosmic element of man.
Because modern knowledge has lost this astral element of man, it has also lost a cosmology which could comprise the whole of man. There remains only a physical cosmology, and even this contains no more than the origins of physical man. It is necessary once more to found a knowledge of astral man, and then we shall also again have a cosmology which includes the whole human being.
So the second step of Anthroposophy is marked out.

Religion in its original meaning is based on that experience whereby man feels himself independent not only of his physical and etheric nature, the cause of his existence between birth and death, but also of the cosmos, insofar as this has an influence on such an existence. The content of this experience constitutes the real spirit-man, that being at which our word ‘ego’ now only hints. This ‘ego’ once connoted for man something which knew itself to be independent of all corporeality, and independent of the astral nature. Through such an experience man felt himself to be in a world of which the one which gives him body and soul is but an image; he felt a connection with a divine world. Now knowledge of this world remains hidden to observation according to the senses. Knowledge of etheric and astral man leads gradually to a vision of it. In the use of his senses man must feel himself separated from the divine world, to which belongs his inmost being: but through supersensible cognition he puts himself once more in touch with this world. So supersensible cognition merges into religion.
In order that this may be the case, we must be able to see the real nature of the ‘ego’, and this power has been lost to modern knowledge. Even philosophers see in the ‘ego’ only the synthesis of soul experiences. But the idea which they have thereby of the ‘ego’, the spiritual man, is contradicted by every sleep; for in sleep the content of this ‘ego’ is extinguished. A consciousness which knows only such an ‘ego’ cannot merge into religion on the strength of its knowledge, for it has nothing to resist the extinction of sleep. However, knowledge of the true ego has been lost to modern spiritual life, and with it the possibility to attain to religion through knowledge.
The religion that was once available is now something taken from tradition, to which human knowledge has no longer any approach. Religion in this way becomes the content of a Faith which is to be gained outside the sphere of scientific experience.
Knowledge and Faith become two separate kinds of experience of something which once was a unity.
We must first reestablish a clear cognition and knowledge of the true ego if religion is to have its proper place in the life of mankind. In modern science man is understood as a true reality only in respect of his physical nature. He must be recognized further as etheric, astral, and spiritual- or ego-man, and then science will become the basis of religious life.
So is the third step of Anthroposophy worked out.