Templar Gold and the Rose Cross 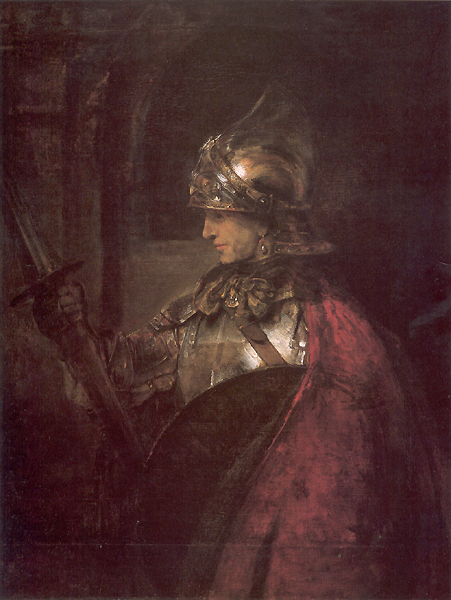 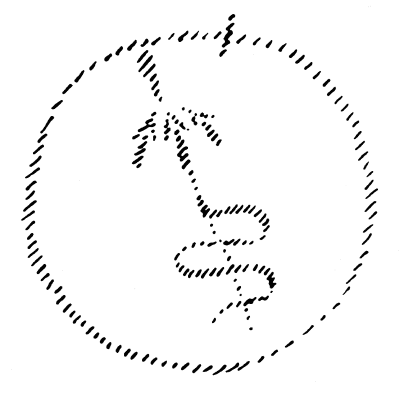 in the north it goes straight, and in the region of old Lemuria it goes in a tortuous winding line. Just think how profoundly Julius Mosen speaks as he sends his Ahasver toward this region in the first canto of the third epoch — it is divided in epochs — of the poem:

In line direct and straight from Southern Pole
Takes the Magnetic Line its chosen course,
When suddenly it twines in serpent-curve


In circle form the Line drew back its length,
And twining swift and secret on itself
With a single plunge in swirling vortex fell.


There the Great Spirit in a first embrace
Held the poor spouse, and from their ardent fire
Sprang the Earth-demons instantly to life.


When thus the first creation came to naught,
The Great, the Nameless Spirit in his wrath
Stamped down the bridal couch beneath the sea.

As children once were digging in a meadow
They brought a shapeless thing of iron to light;
It seemed too straight, too heavy for a sickle,
For plough it was too slender and too slight.


There is an ancient greybeard, wan and sallow,
Whose lifetime lingers on like tale forgot
Into the present world of busy dealing;
They show it to him, but he knows is not.


Well for them all, that they have never known it,
Else must they weep, and still must be deplored
The folly of their fathers, long since buried,
For what was known by no one was a sword!


Henceforth it shall but cleave the Earth as ploughshare;
Shall point the seed-corn's path into the ground,
The sword's new hero-deeds are peaned
When sun-filled airs with song of lark resound.


Once more it came to pass, that in his ploughing
The farmer struck what seemed a piece of stone.
And as his spade unloosed the earthy covers,
A structure of a wondrous shape was shown.


He calls the neighbors round within the circle;
They look at it but still they know it not.
Thou wise and aged one, thou'lt surely tell us?
The greybeard looks at it, yet knows it not.

Thus, in ploughing, something was dug up and even the aged man does not recognize it.

Though known to none, yet with its ancient blessing
Eternal in their breast it stands upright,
Scatters its seed around in every roadway;
A Cross it was, this stranger to their sight!

They saw the fight not, and its bloodstained symbol,
They see alone the victory and the crown,
They saw the storm not, and the lashing tempest
They only see the rainbow's glistening shine.

The Cross will always be known, even in a region where it was already buried and drawn out of the Earth as a cross of stone, where civilization has so withdrawn that an un-Christian culture has developed. There, Anastasius Grün wishes to say, a cross is found and men know it in their inmost breasts, even though the oldest among them fails to recognize it through tradition.

Though known to one, yet with its ancient blessing
Eternal in their breast it stands upright,
Scatters its seed around on every roadway,
A Cross it was, this stranger to their sight.

But it is there! There is the Cross! There are the roses! One only learns the meaning of history when one turns one's gaze to what lives in the spiritual and pervades human evolution, when, too, one will turn one's attention to what shows us under what auspices, under what insignia, things enter world history. I think that one can feel the deeper connection between what we have characterized for later times and what has been characterized in the ideal of the Knights Templar and their fate in the world at the beginning of the fourteenth century.