The First Logos, the Second Logos, the Third Logos; the Five Skandhas 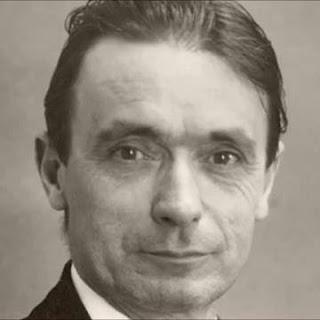 What we perceive around us will no longer be there when we appear again on Earth. Everything therefore which we think in connection with the world of perception will have no effect whatever on the future incarnation; only in this incarnation will it have a karma-building force. Thought works upon our present character.
What comes forth from feeling, that is essentially connected with our surroundings; what enters into the world of Imagination comes back to us in the following incarnation, in such a way that it appears within us as inborn tendencies and outside us as opportunities. Through our inborn tendencies we call toward us opportunities offered by the world, which form our destiny, through tendencies which have their source in karma. Thoughts form the character: the tendencies or disposition lead karmically to the opportunities. Actions bring about the external destiny: all the bodily circumstances into which man is born. What we carry out through Rupa, our bodily nature: that is our actual destiny, that comes back to us karmically.
One can only create inborn tendencies for further incarnations consciously by reaching the stage of Imagination. Herein we find the secret of how the great founders of religions projected their influence beyond their own time. The pictures which they gave the people released dispositional tendencies for the following incarnations. Every picture that they instilled into the soul reappeared in the entire feeling-world of the human being. Either he wins such Imaginations for himself, or he receives them from his teacher. We win them for ourselves when we have gained control over our entire life of feeling. This is the case with the occult pupil; his feelings are subject to his own control. The rest of humanity is cared for in this respect by the founders of religions. A religion is the feeling-world of future races; outwardly therefore it can be submerged, for it lives on in human tendencies. Today tendencies are coming to the surface which were implanted in mankind in the 13th and 14th centuries. It is important that the materialistic images of the present day do not take root in human hearts, for in future times they would fill human beings with the most brutal instincts which are only directed to the world of the senses, if they were not opposed by spiritual ideas. Those desires and wishes live in man which are produced out of Imagination. This is his desire-nature = Sanskara. Everything intuitive in man — the great impulses which he receives from the highest initiates: these actually overcome the karma of deeds. He who raises himself to Intuitions as such, penetrates through the physical world up to the Father Spirit. He who possesses intuitive knowledge can affect the karma arising out of deeds. He begins to limit his karma consciously.
For the ordinary person, only those beings are comprehensible who also have consciousness. When he progresses to Imagination, life also becomes comprehensible; when he progresses to Intuition he can advance as far as the Intuitive forces.
A person can affect his karma to the degree in which he himself possesses Intuition; or he must receive it from the high initiates in the form of great moral laws. Vijñana is the name used for the consciousness necessary for the overcoming of karma.
And now let us think of a man living in the world, carrying out his actions, and dying. After his death something of him nevertheless remains here in this world which he has woven into it: Rupa, Vedana, Sanjña, Sanskara, and Vijñana. These five are the balance of his account: his personal destiny, as Rupa; the destiny of the nation into which he is born, as Vedana; the actual fact of his birth on this Earth, as Sanjña. In addition: working with Sanskara, the desire nature, and Vijñana, the consciousness. These are the five Skandhas.
What a man gives out into the world remains as the five Skandhas in the world. These are the foundation of his new existence. They have progressively less effect when he has consciously developed something of the last two. The more he has gained conscious power through Vijñana, the more does he gain the power of consciously incarnating in the physical body. In their essential nature the Skandhas are identical with karma.