It certainly seems so to me 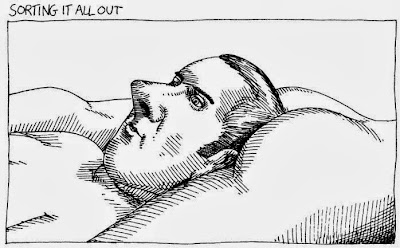 Rudolf Steiner:  "Materialistic thinkers . . . attempted to oppose the idealistic world picture of the first half of the [19th] century with one that receives all explanation exclusively from the facts of nature. Only in a knowledge that had been gained from these facts did they have any confidence.
There is nothing more enlightening concerning the inner conviction of the materialists than this confidence. They have been accused of taking the soul out of things and thereby depriving them of what speaks to man's heart, his feelings. Does it not seem that they do take all qualities out of nature that lift man's spirit and that they debase nature into a dead object that satisfies only the intellect that looks for causes but deprives us of any inner involvement? Does it not seem that they undermine morality that rises above mere natural appetites and that looks for motivations, merely advocating the cause of animal desires, subscribing to the motto: Let us eat and drink and follow our physical instincts, for tomorrow we die?"