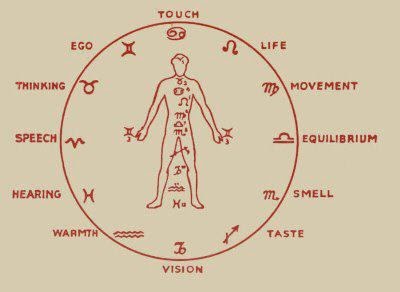 The Beings in the worlds of Space,

Who alter in the course of Time,

Speak to the minds of Men.

The Soul of Man experiencing,

Presses beyond the boundaries of Space,

And, undisturbed by Time,

Enters the Realm of the Eternities.