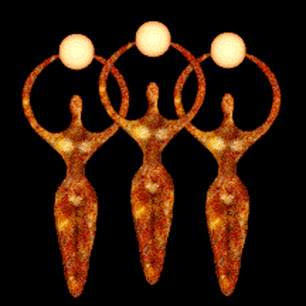 “The active man, busy with the affairs of human life, has no time to think of death, and hence no need for immortality; if he thinks of death, he only sees in it the warning to arrange wisely his allotted span of life, not to waste precious time on unworthy objects, but to apply it to the fulfillment of the tasks he has set himself to do.
“If far from the earth in heaven, on Uranus, or Saturn, or elsewhere, man first found his fulfillment, then there would be no science or philosophy at all. Instead of what is generally deduced, abstract truths and beings would form the content of our spirit; instead of thoughts, cognitions, and ideas, these pure spiritual entities and objects which would then inhabit our head would be our heavenly brothers: Saturn- and Uranus-beings would then be the inhabitants of our head. Instead of mathematics, logic, metaphysics, we should have in us the most exact likeness of these heavenly inhabitants. These heavenly beings would insert themselves especially between us and the subjects of our knowledge and thought; they would obstruct our vision of every object, and bring about an eternal, complete eclipse of the Sun in our spirit.”

The ‘Sun’ for Feuerbach is: his thought.
Thus he has a complete picture of what would happen. He has however such an unholy horror of it that he prays to the good Ahriman to protect him from Saturn- and Uranus-dwellers becoming inhabitants of his head.

“They would be nearer and more closely related to us than thoughts, ideas, and concepts, for they are not purely spiritual or abstract entities like these, but sense-like spiritual beings, beings who merely express the nature of the force of imagination. Our whole spirit would then be but a dream, a vision, of a more beautiful future. Therefore those whom the gravity of understanding hinders from floating around on the surface of the unlimited ocean of imagination will realize that in the depths of our spirit, the living light of the angels and of all similar heavenly beings is extinguished, as in an atmosphere unbreathable by them.”

If these beings then were to enter into our thoughts, our spirit would be a dream — thus writes Feuerbach. He only feels secure when in the region of thoughts, and if the life of the angels or other heavenly entities were to enter these thoughts, he would feel insecure. This is the prayer to Ahriman: that he might guard man from a knowledge of the spiritual worlds. This happened in the forties of the nineteenth century through Ludwig Feuerbach, the enemy of any spiritual view of the world. What does this signify? It signifies nothing else than that the time is ripe for us to raise ourselves to the spiritual worlds; we have but to take in earnest what this man puts before us; we have then found the way into the spiritual worlds. We only need not fight it by a union with Ahriman. Thus you see: It is not the fault of heaven that spiritual science has not penetrated the culture of our time, for it has penetrated the heads of its opponents. Spiritual science wants to enter the world; the fault therefore does not lie with the heavens. The gods are giving wisdom to man: spiritual science has come. As human beings under the leadership of Ahriman has resisted it, it is now up to us not to resist any longer, but to have the courage to accept spiritual science, with full, true, earnestness.
One must say this to oneself as regards this development of the nineteenth century: It is as if laid down aforetime in the spiritual world, that a spiritual age would come after a materialistic age, and it is for humanity now to open its mind, and its feeling, to receive this spiritual world into itself. That point of view which is so eminent a materialistic view and found in Ludwig Feuerbach, its characteristic, clever, and infinitely philosophically endowed advocate, is like an attack, a revolt, against what is to enter humanity. Spiritual forces come down from above; the forces of understanding, of knowledge, have really to rise up from below. The expression which Ludwig Feuerbach discovered for himself is a most characteristic one, that the solar eclipse of the soul would have to follow if thoughts ceased to be thoughts, if the beings of Uranus, Venus, and Saturn, and so on played into them —  that is, if the higher hierarchies played into them. A solar eclipse of the spirit would then take place; these people have an unholy fear of this. This solar eclipse of the spirit is not brought about however by heavenly beings, who desire especially to bring their light to man. The darkness has been caused by human beings, by their uniting with Ahriman; and because they have spread a cloud of fear around them like an aura, they have sought to bring off their attacks against the penetration of the spiritual world. It is clear from this that the darkening has proceeded from man, and we must acknowledge that darkness has laid hold of humanity more and more — a darkening of a free knowledge, an opposition to the light of the spirit.
This is something humanity has itself prepared, and one can see how in the course of the nineteenth century a certain love of all short-sighted, inconsequential thoughts appeared, and a love for everything that did not have to be thought out to an end. A preference and sympathy arose for all those things for which man will not have finally to give account. People loved ever less and less an unprejudiced, impartial knowledge and thinking, and it is therefore not surprising when this love of the nebulous, of the unclear, of the unfinished in thought gradually assumed an ever more morally assailable character in public life. In so far as this character was countenanced, sympathy for the life of thought became dull; and then passed over into a general attitude. Through this an opposing force in chief was installed more especially against a spiritual science which strove for clarity on all sides.
Spiritual science has true sympathy and love above all for consequential, finished thoughts, not for half-thoughts; it never holds with what is unclear and dark, but must ever reach out to that which spreads light widely, not to that which sends an apparent light into narrow places only. In this connection we have still to fight our way through many things.
These are points I wished to bring forward in our studies today, in order to show how, in the course of the century, thoughts through Ahriman gave occasion for the denial of the spiritual worlds, but how these worlds have themselves worked within the thoughts of him who denied them — because the time had come. ‘The time has come’: this saying from Goethe's Fairy Tale is here in its right place.
It must be substantiated in the near future.

Related post:
https://www.facebook.com/notes/john-barnwell/the-path-of-spiritual-knowledge-meditation-and-concentration-three-kinds-of-clai/621392214585418
Posted by Larry Clark at 4:33 AM