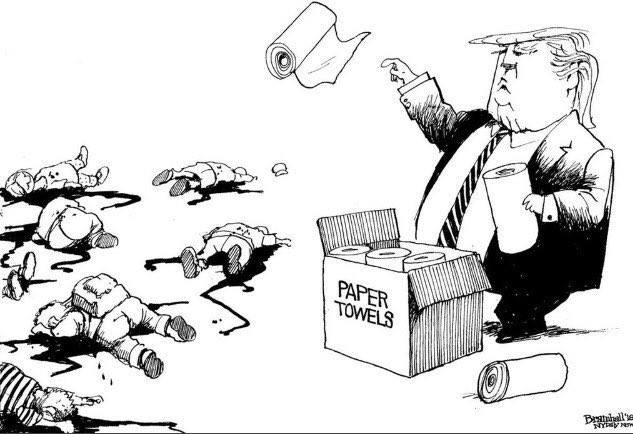 Rudolf Steiner:  "If it is correct to say that in the middle of the nineteenth century materialism was in a certain sense a test mankind had to undergo, it is equally correct to say that the persistent adherence to materialism is bound to work terrible harm now, and that all the catastrophes befalling the world and humanity that we have to experience are due to the fact that a great majority of people still try to cling to materialism."

It isn't that he simply can't do anything right: it's that he does everything worse than you would have thought possible. They say you can't polish a turd, but compared to the turd that is Trump, George W. Bush now seems polished. If you gave Trump an enema you could bury him in a matchbox.

Rudolf Steiner:  "The destructiveness lies...firstly in everything we can call Americanism, which increasingly tends to invoke fear of the spirit and make the world into a place where only physical life can unfold. This is actually quite different from the British tendency to try to make the world into a trading company. Americanism seeks to make the world into a physical habitation, furnished as comfortably as possible, where one can live in comfort and prosperity. That is the political element of Americanism. Whoever does not detect it is blind to the facts and merely shuts his eyes and ears. Man's connection with the spiritual is bound to die out under such an influence. In these forces of Americanism lies what must actually bring the Earth to its end, destruction dooming it at last to death, because the spirit will be shut out from it."
﻿

Kurt Vonnegut:  "Scientific truth was going to make us so happy and comfortable. What actually happened when I was twenty-one was that we dropped scientific truth on Hiroshima."

Kurt Vonnegut:  “Thus did a handful of rapacious citizens come to control all that was worth controlling in America. Thus was the savage and stupid and entirely inappropriate and unnecessary and humorless American class system created. Honest, industrious, peaceful citizens were classed as bloodsuckers, if they asked to be paid a living wage. And they saw that praise was reserved henceforth for those who devised means of getting paid enormously for committing crimes against which no laws had been passed. Thus the American dream turned belly up, turned green, bobbed to the scummy surface of cupidity unlimited, filled with gas, went bang in the noonday sun.”

"If a man walks in the woods for love of them half of each day, he is in danger of being regarded as a loafer. But if he spends his days as a speculator, shearing off those woods and making the earth bald before her time, he is deemed an industrious and enterprising citizen."  —Thoreau 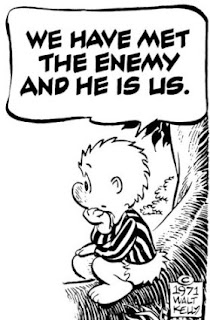 "Whoever is not with me is against me, and whoever does not gather with me scatters."
— Matthew 12:30