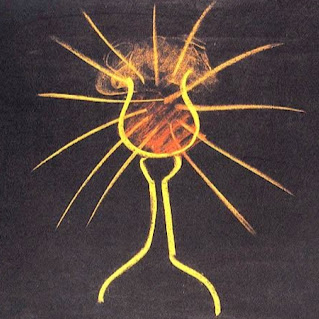 I do it because I can't not do it. It's penance: "If you will consciously be a link in the chain of humanity, then you must do something — either in yourself or in your environment — which contributes to what must come: that is, to prepare the sixth period of culture as much as in you lies."  ~ Rudolf Steiner

I do it because it's therapeutic: "Blogging has been shown to be an effective decay-preventive mentifrice that can be of significant value when used in a conscientiously applied program of moral hygiene and regular confessional prayer." ~ Council on Therapeutics, American Mental Association

[The original Crest toothpaste ad, as I remember it, stated:
"Crest has been shown to be an effective decay-preventive dentifrice that can be of significant value when used in a conscientiously applied program of oral hygiene and regular professional care."  ~ Council on Therapeutics, American Dental Association]

The cry of the human heart is "How can I help?"