The Birth of Christ in Jesus at the Baptism by John 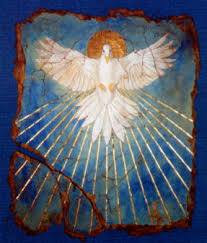