"The Phantom Body and the Foundation Stone Meditation" by Richard Distasi 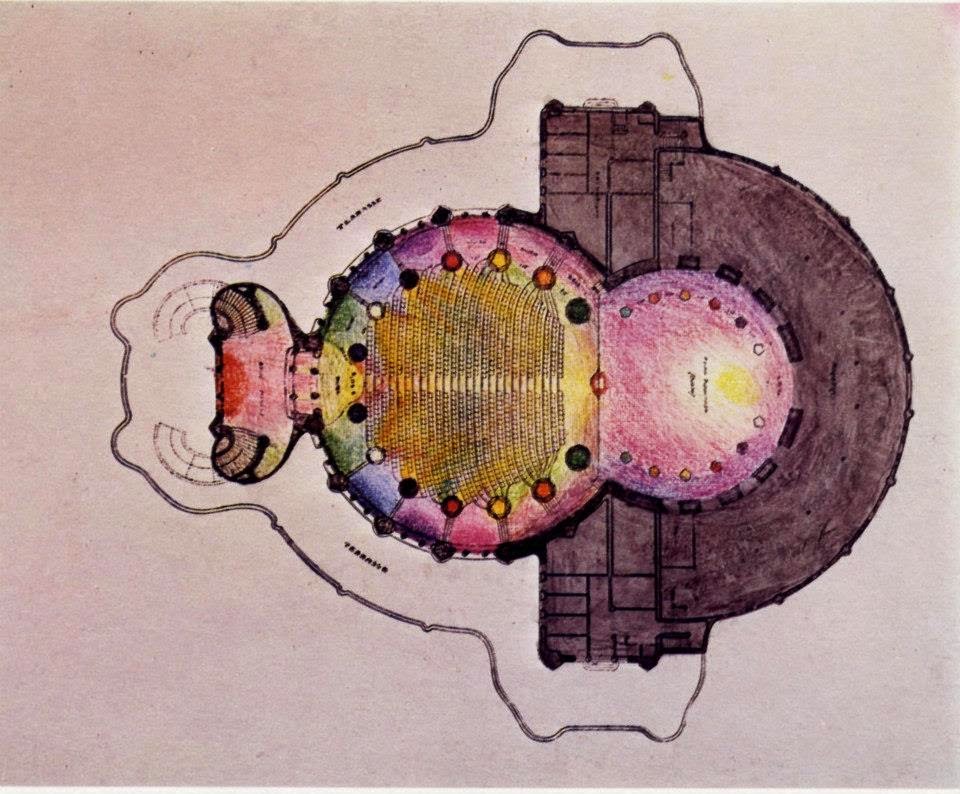 Rudolf Steiner often speaks of Lazarus as the writer of the Gospel of John.Though he also mentions that the first half of the Gospel is inspired by John the Baptist. Thereby, we can say that the Gospel of John had two sources. The Gospel itself alludes to the fact that unlike the three synoptic Gospels it is a personal eyewitness account of the ministry of Christ Jesus. I would add further that the Gospel is an eyewitness account by Lazarus and John the Baptist and that another source is involved in its composition. The other source is Mary Magdalene; the sister of Lazarus. What is of great significance here is that it is not simply a matter of three sources. Moreover, it is much more than being a matter of eyewitness sources to the ministry of Christ Jesus. These three sources I would assert were the first three humans to be initiated into the secrets of the phantom body. With this understanding it becomes possible to see these three figures as human representatives of the Holy Trinity to which in the Gospel of John the Father principle streams through John the Baptist. The Son principle streams through Lazarus and the Holy Spirit/Sophia principle streams through Mary Magdalene. This progression is also in step with world evolution of which the Father principle is followed by the Son principle which is then succeeded by the Holy Spirit/Sophia principle. This sequence is also what we find in the Gospel of John. John the Baptist appears first in the Gospel. His role is later followed by the raising of Lazarus. And finally, the Gospel reaches the scene of the Resurrection to which Mary Magdalene is an eyewitness.

“For there reigns the Father-Spirit of Heights In World-depths, creating life.”

The Father principle of creation resounds and echoes into the depths of the earth. It is here that Christ and John the Baptist entered on Holy Saturday.

The Son principle is found in the scene of the raising of Lazarus which prefigures the deed of Christ.

Lastly, the Holy Spirit/Sophia principle is found in that of Mary Magdalene's awakening by Christ when he calls her name and she responds with,“Rabboni.”

“For there reign the Spirit-Cosmic-Thoughts in the World Being, Light imploring.”*

The following is from my book, The Fleeing Youth.

During Easter morning, when the Risen Christ appeared to Mary
Magdalene He petitioned her, saying, “. . . Do not cling to me [Greek: me
mou haptou], for I have not yet ascended to my Father, but go to my brethren
and say to them, ‘I ascend to my Father and your Father, to my God and your
God.’”(John 20:17). If the Greek words - me mou haptou - are properly
translated as a prohibitive present imperative we can then surmise that Christ
is entreating Mary Magdalene to discontinue from physically grasping and
clinging to Him. Another perspective to understanding these words would be
to recognize that Mary Magdalene was a much beloved Initiate of Christ. His
petition to Mary Magdalene was not that of a stern and harsh admonition.
Rather, he was awakening her to the Mystery of the phantom body now
redeemed such that she would begin to comprehend the phantom body in
greater measure.

In the earliest hours of Easter morning Christ had yet to fully integrate
the resurrected phantom body of Jesus of Nazareth with the macro-phantom
bodies of both the earth and the cosmos. This moment stood as a Second
Baptism of the Christ Being in that these processes consisted of integrating
His Ego within the newly redeemed phantom body of Jesus of Nazareth.
Throughout this process Christ was simultaneously integrating His
resurrected microcosmic phantom body with that of the macrocosmic
phantom bodies of our cosmos and the earth. Christ indicated to Mary
Magdalene that he had not yet ascended to the Father meaning His phantom
body and the macrocosmic phantom bodies of our cosmos and the earth was
now being fully integrated with one another at that very exact point intime.
This is exceptionally critical. These processes were being completed at that
very moment which is why it is recorded in the manner in which we read itin
the Gospel of John. It is not insignificant that Mary Magdalene at first
thought that Christ was a 'gardener'. This allegorical image reaches profound
depthsand heights.

In addition it should be noted that Matthew 28:9 records that Christ
appeared to the other women shortly after the angel at the tomb had
announced to them that Christ had risen. When Christ appeared to them they
embraced his feet. This too was in the early hours of the morning before they
returned to make it known to the Apostles that they had seen the resurrected
Christ. The crucial difference between the scene with Mary Magdalene and
the other women is that Christ does not mention to the other women the
words, “Touch me not for I have not yet ascended to the Father,” as he had
said earlier to Mary Magdalene. After the Apostles had been informed of the
resurrection of Christ, Mary Magdalene returns to the tomb with Peter and
the beloved disciple. Later, they leave Mary Magdalene to herself at the
tomb. She is distraught that she does not know nor understand what really
happened to Jesus. This makes it apparent that Mary Magdalene was not
with the other women when they witnessed the resurrected Christ as
mentioned in Matthew 28:9. The moment of integration of the macrocosmic
phantom body of our cosmos with that of the resurrected phantom body of
Christ was a moment that was reserved for her alone. Christ afforded her the
opportunity to witness a cosmic evolutionary event of extreme significance
to which he needed to consummate this event unencumbered. In that hour, at
that very moment the phantom body of Christ was uniting with the macro-phantom
body of the region of space that extended from the core of the earth
to the outer regions of the zodiacal constellations. This is to be the region of
the New Jerusalem; the future Jupiter Manvantara condition of human
evolution. The twelve gates of the New Jerusalem mentioned in the Book of
Revelation are the twelve zodiacal constellations. This moment was the
culmination of Christ's pre-earthly deeds in conjunction with his earthly
sacrifice. Over eons of time during his descent toward earth Christ had been
preparing this region of space for this very event on Easter morning. It had
now been consummated.

When Christ said that He had not yet ascended to the Father he was
referring to two conditions which succeeded His post-Crucifixion pralaya
state of Being. One condition was internal while the other condition was
external. The internal expression of the term, Father, to which the Christ
refers is the burgeoning attainment of the microcosmic Atma aspect of the
former phantom body of Jesus of Nazareth which Christ had occupied since
the time of the Baptism in the Jordan. On Easter morning, the phantom body
that Christ had occupied during His ministry was still in the post-
Resurrection process of being fully configured into its purest Atma condition.
In Lecture XI of Steiner’s 1910 Matthew cycle, he addresses the various
terms of an Initiate’s condition of Being. Steiner conveyed the following:
“And one with whom Atma, or Spirit-Man, had made contact was called,
‘Father’ in the ancient Mysteries.”

In regard to the external condition, Christ also speaks of the Father as the macrocosmic mineral element of our own particular cosmos which exists within its own macrocosmic phantom body.

The Father, in this instance, is the metaphorical term used to describe the
entire cosmic space that originates from the center of our earth and extends
outwardly to the limits of the twelve zodiacal constellations. The integration
of the microcosmic phantom body of Christ Jesus with that of the
macrocosmic phantom body of our cosmos was actually the initial beginning
phase of the Ascension. Christ’s recorded Ascension, at the end of the forty
days,marked His post-pralaya integration into the phantom/physical and
etheric realms of this cosmos while Pentecost marked His earliest stage of
integration into the cosmic astral realm of our cosmos. In summation, Christ
was expressing to Mary Magdalene that His internal and external conditions
of Being had not been altogether consummated in those early hours on Easter
morning. He expressed to Mary Magdalene that He had not yet ascended to
the Father. That is, He had yet to fully integrate the Atma condition of the
phantom body of Jesus of Nazareth with that of the macrocosmic phantom
body of our cosmos.

The entirety of John 20:17 in which Christ speaks to Mary Magdalene is
not a reference to the Father Being. Rather, it is a direct reference to cosmic
space. Moreover, this passage also alludes to the macrocosmic Ego principle
of the Christ and to the Ego principle of the human Being. As Steiner had so
often pointed out, the term ‘Father’ had several meanings; one of which
meant cosmic space. It is also a term that refers to the Ego of the Christ and
to the Ego of the human Being as well. In this particular instance,Christ was
referring to the fact that not only was He integrating His Macrocosmic
Being/Ego into the resurrected microcosmic phantom body of Jesus of
Nazareth but that He was also integrating His newly initiated Macrocosmic
Ego into the macrocosmic phantom body of our own cosmos; the ‘physical’
aspect of our cosmos. After His pralaya, Christ reintegrated His
Macrocosmic Ego into this cosmos which is the realm of the Father element
ofmatter. In addition, the macrocosmic Ego Impulse of the Christ is also a
principle that now works into the Ego of each human Being. This explains
His words, " . . . I ascend to my Father and your Father, to my God and your
God. "On Easter morning Christ began the process of resurrecting this
cosmos from the center of the earth out to the zodiacal constellations and
preparing this cosmic space for its next Manvantara: the Jupiter Manvantara;
the New Jerusalem.

At the tomb, the phantom/physical body of the Christ had begun the
process of becoming one with the macrocosmic phantom/physical body of
the earth and our cosmos while He spoke those words to Mary Magdalene.
This process is referred to as the Ascension of Christ. As Emil Bock
illustrates in his book, “The Three Years,” that Mary Magdalene’s vision of
Christ at sunrise, after His Resurrection, is the initial stage of Christ’s
Ascension. It seems reasonable to presume that later in the evening of that
very day, after sunset, when Christ appeared before His disciples and told
them to see and to touch His wounds (Luke 24: 38-40), this emphasized the
completion of the full integration of the resurrected Phantom body of Christ
with that of the macrocosm. The Ascension then reaches its culmination after
forty days to which the, “two men . . . in white garments,” (Acts 1:10)
appear before the eleven remaining Apostles. These ‘two men’ are the Christ imbued,
replicated etheric and astral bodies of Jesus of Nazareth.